I adore cheese…and if it’s worth doing, it’s worth doing right. So grab a mixture of sheep, cow, and goat cheese offerings. Serve it up with fresh seasonal fruits, dried apricots and cranberries, and a ginger snap or two. Crossing borders here with Humboldt Fog, a California goat milk cheese, followed up with Port Salut which is a semi-soft French cow’s milk cheese. Also served here is Brenton’s favorite, the semi-hard Manchego, made from the milk of sheep in the La Mancha region of her beloved Spain. For this particular tray, I rounded it out with a Dutch yellow cow’s milk Gouda. Rather spectacular. This presentation was for  one of my Mother’s 90th (XC) Birthday Jubilee Celebrations. 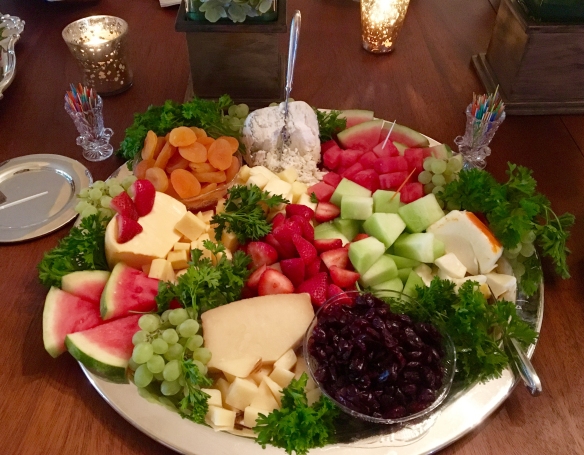